Because my role throughout this unit was as producer and director, and since these roles have somewhat similar responsibilities, despite the different approaches they take, I found it more effective to combine the role so any work I did planning how I was going to direct the film informed my producing.

For example, I first created a shot list and used overhead diagrams to plan the coverage and blocking I wanted to achieve within each scene. 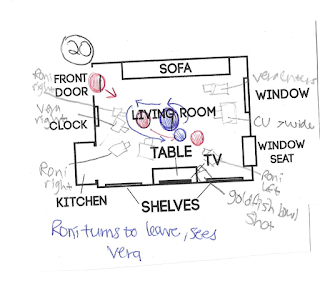 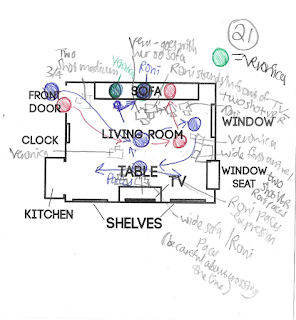 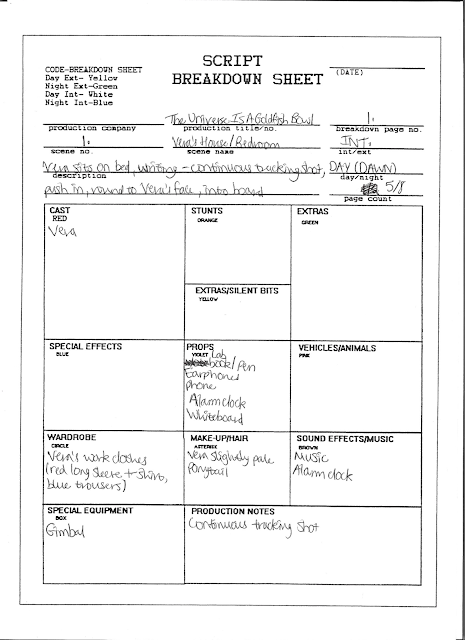 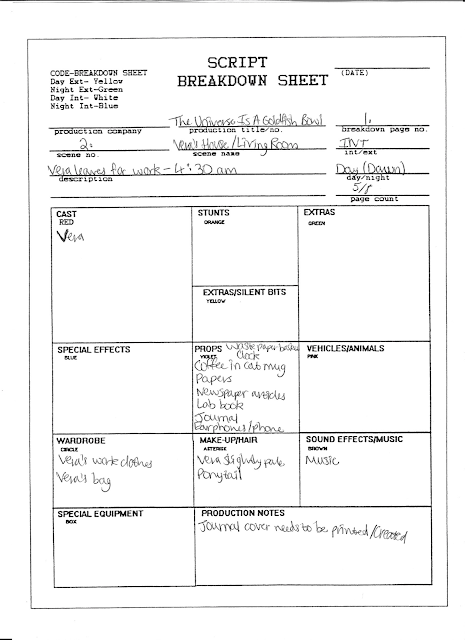 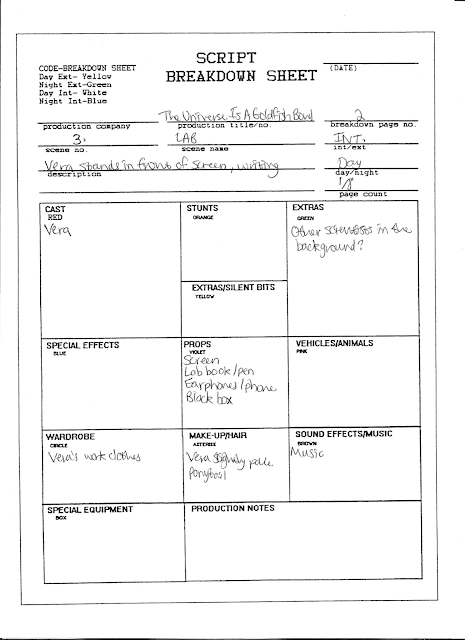 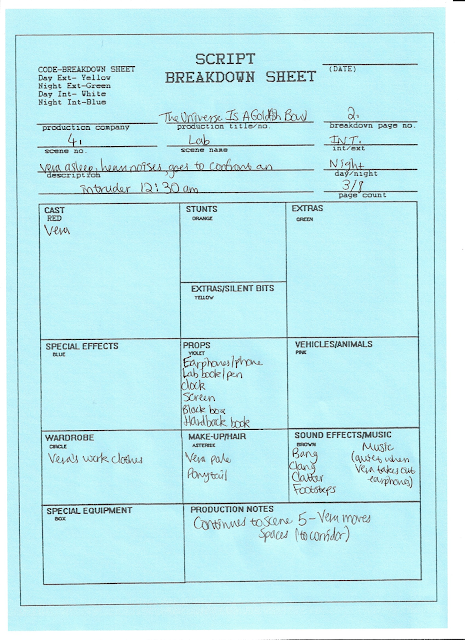 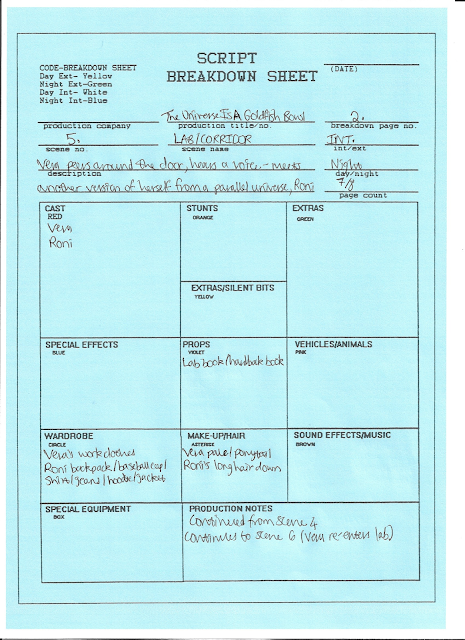 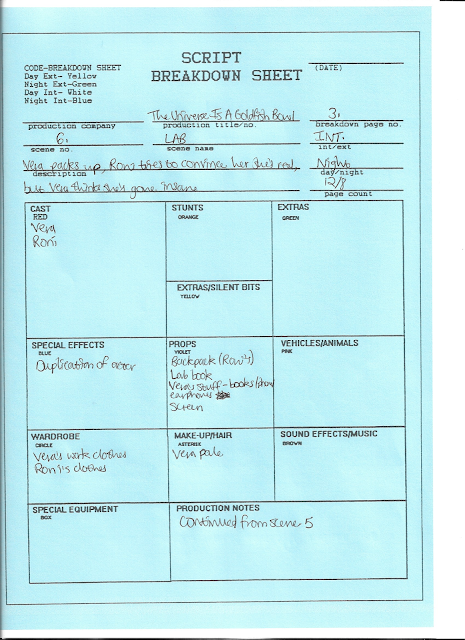 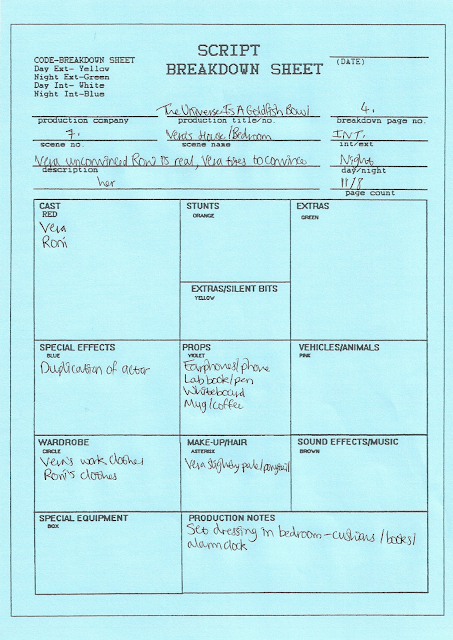 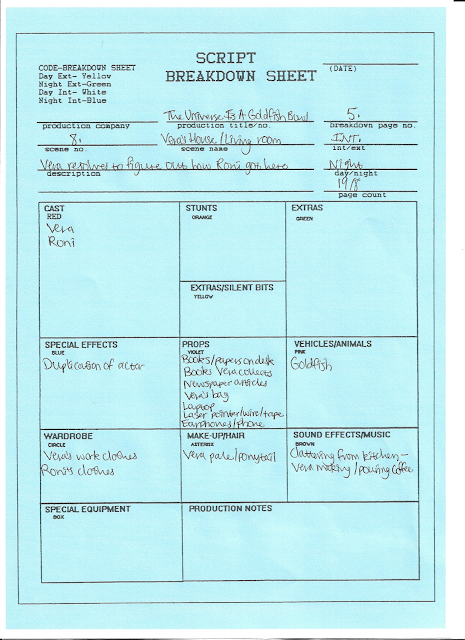 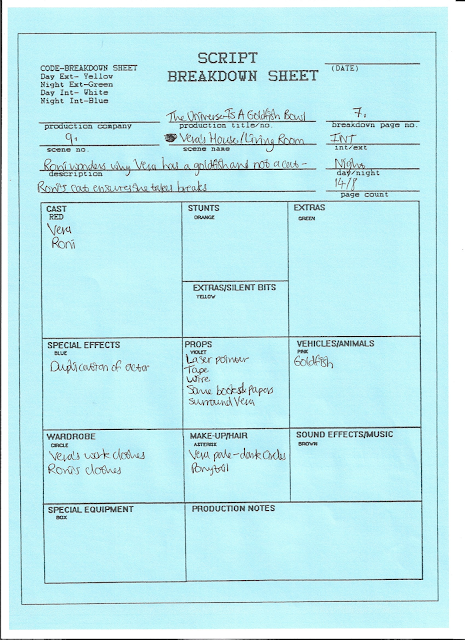 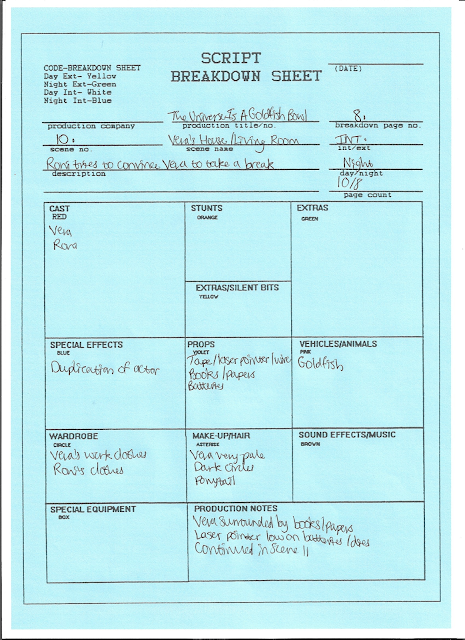 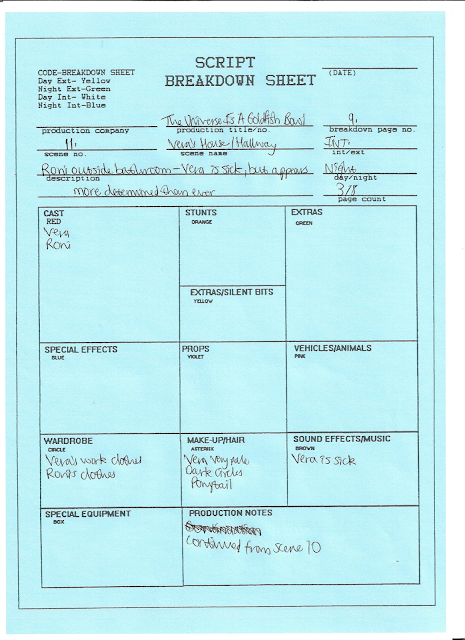 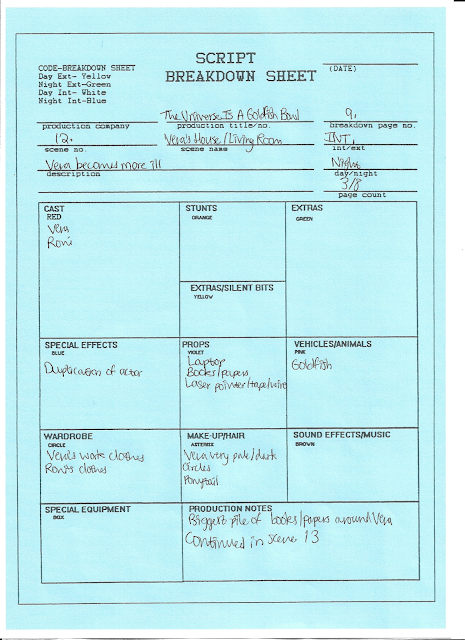 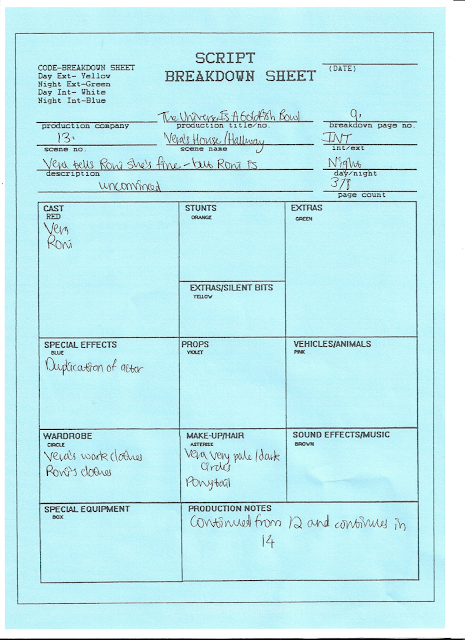 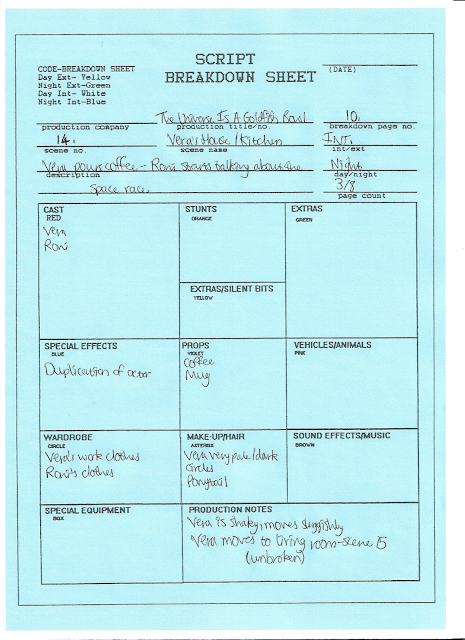 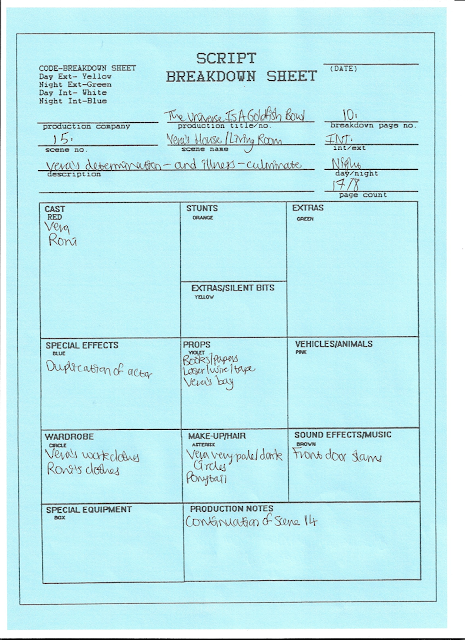 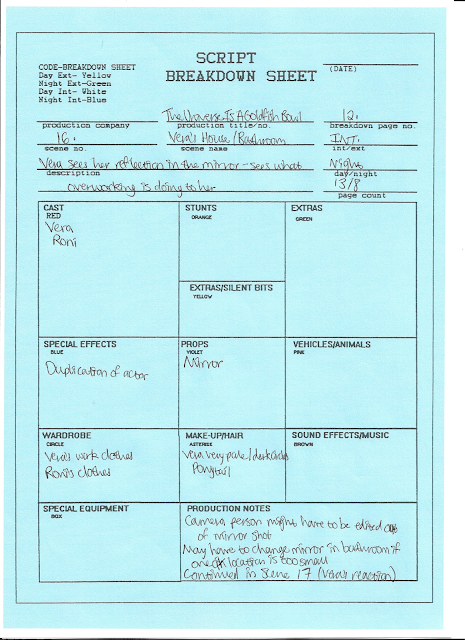 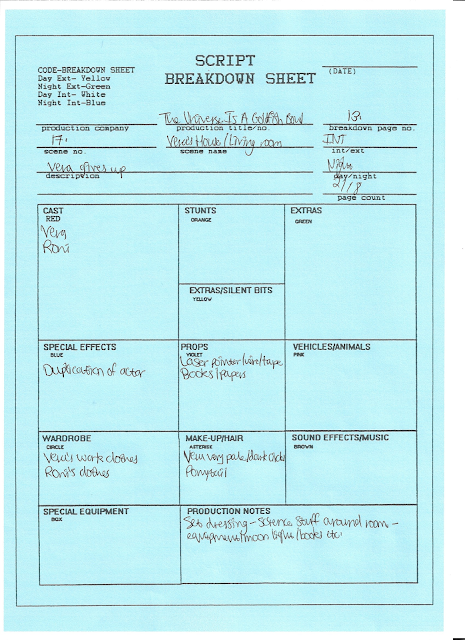 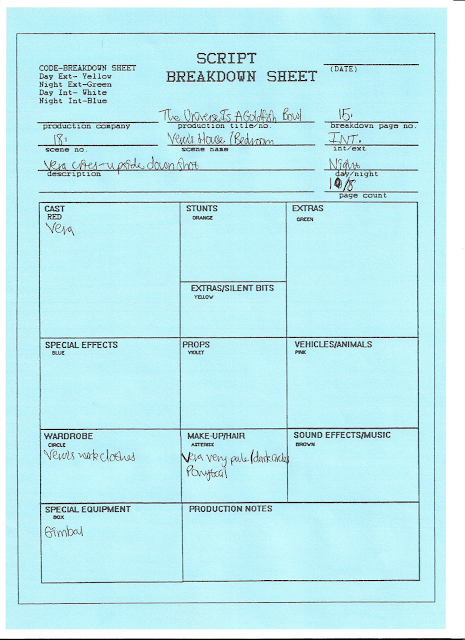 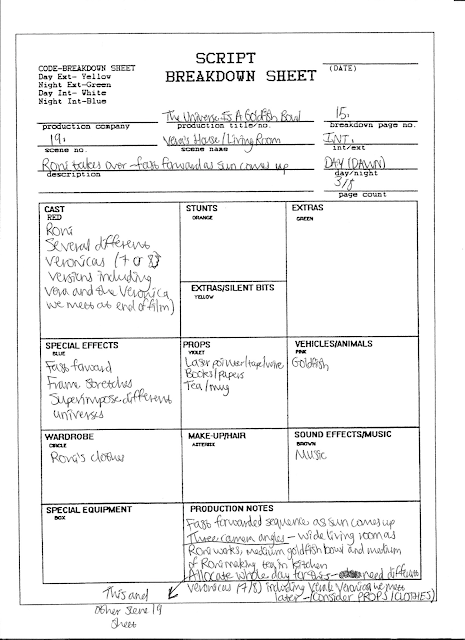 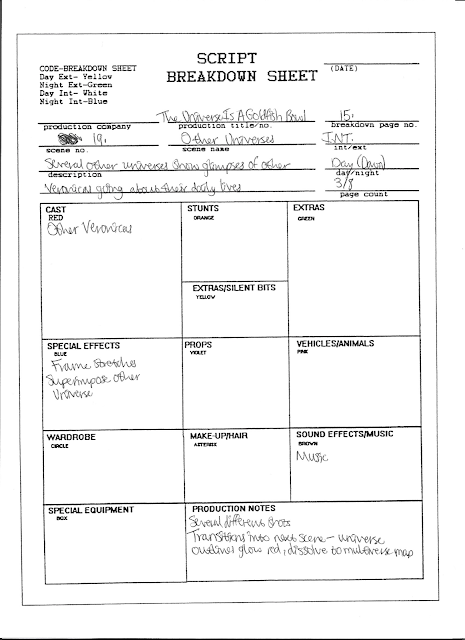 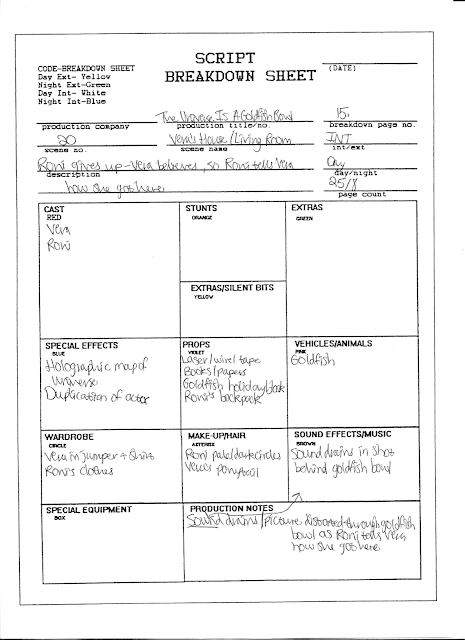 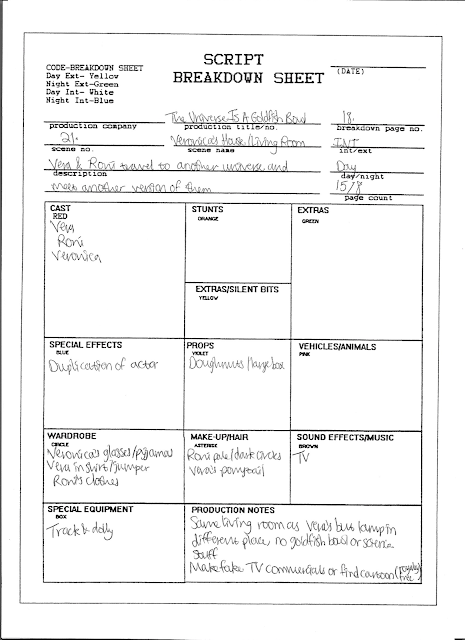 From this script breakdown, I then made a stripboard of scenes so that I could begin to block out shooting days/nights.
Night 1 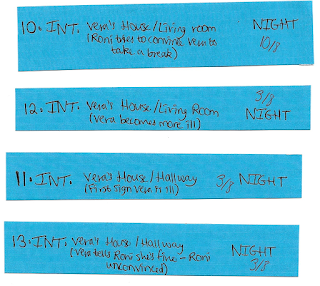 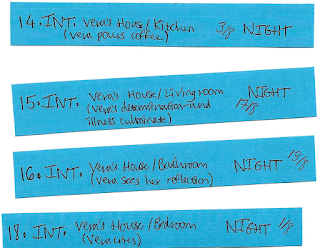 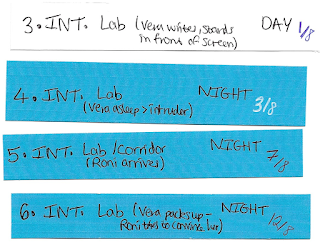 The final schedule led to the budget as I was then able to use how many days we planned to film for to calculate how much it would cost to travel to the locations, how much it would cost to hire them, and how much it would cost to feed the cast and crew for this many days.
However, the script breakdown also helped me by breaking down the props and wardrobe needed for the film from the script which I was able to use for the budget to calculate estimates for how much these elements would cost.
I used estimates because I plan to still continue re-writing the film after this unit. Yet, I tried to ensure these estimates were as accurate as possible by researching how much each item cost rather than just guessing.
I think the budget could be improved as I over-estimated some items so that there is enough budget in case anything breaks or has to be replaced – but we could save money on clothes for example by looking in charity shops for items similar to those on the internet. However, the film is still under budget, since the total budget is £2000 (£1000 filming grant and £1000 I had saved for the major project) so there is room for other costs which may occur later.

What WandaVision Says About The Direction Of Marvel’s Phase Four, According To Kevin Feige